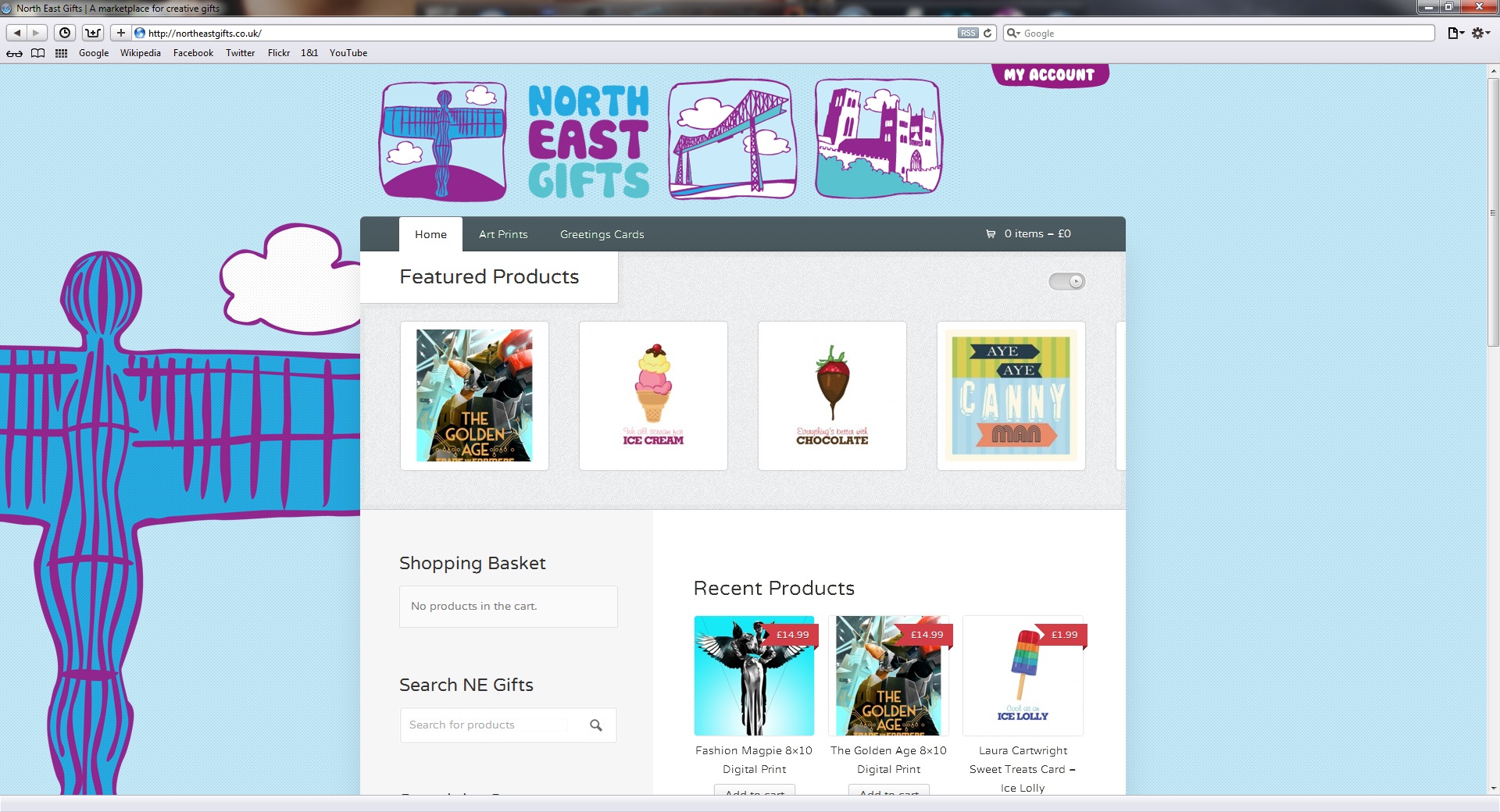 As we approach the end of a busy Christmas shopping season, we reflect on our 4th year as North East Gifts…

Whilst doing some general product admin, I happened to sort our products by date added and was reminded of the humble beginnings of a website that now has a global customer base.

I say, 4th year – but by that I mean it’s our 4th Christmas selling north east gifts online.

It really all started with a request from my Mam 6 (maybe 7!) Christmases ago. Back then, she wasn’t comfortable ordering from online shops (now she helps run one!). She’d asked me to order a calendar from the ITV Tyne Tees Weather website (random) and, while I was ordering it, I remember thinking “this is the same 12 images you get in all North East calendars”. That thought process led me on a mission to research companies online that were selling ‘north east gifts’.

Of course there were a lot – but mainly specialising in one area or product type. There were Newcastle calendars and books here, Sunderland mugs and tea towels there, and there were a handful of talented local folk selling their own creations, but no one was really covering the whole region and several product types (or at least no one was doing it well enough to be found).

One of my co-directors, Steve, had worked with me on an ecommerce website for a client during 2011 that went live in the October of that year – and it had started to make some money straight away. Just like that? I commented to Steve one day, as we went to see another client, “I designed that website, you developed it, yet it’s not ‘ours’… why don’t we do something that we can own?”. I then explained to him the ‘north east gifts’ dilemma I’d had the previous Christmas.

So, on 20th October 2011, we registered the North East Gifts domain. I designed it, Steve developed it, there was just one thing missing… products. It was all very well for me to criticise the lack of availability of ‘north east gifts’ online… but where would we find them.

I uploaded 6 products as testers. They consisted of a couple of prints by an illustrator friend of mine called Simon and some cards I had bought from one of the previously mentioned ‘talented local folk’. 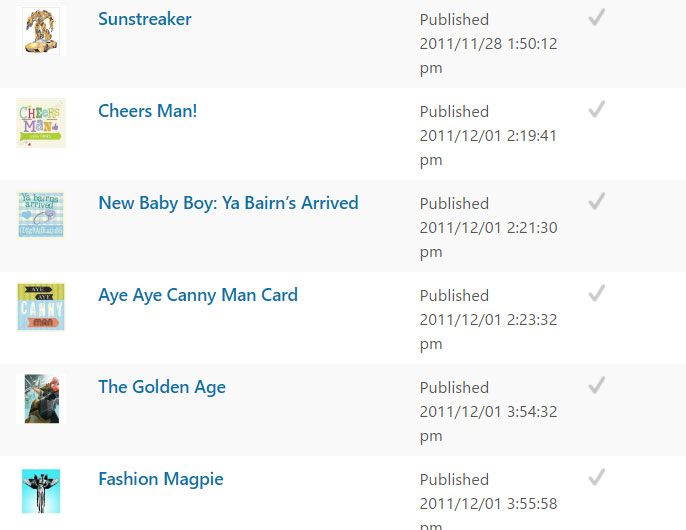 Simon would eventually create the graphics found in our logo and Icons product range.

The cards I had bought were from a company (at the time) known as Geordie Mugs. I bought 2 mugs (Shy Bairns Get Nowt and Aye Aye Canny Man) for myself and a colleague and I loved the cards so much that I bought 6 or 7 of them despite having no upcoming occasions that I could use them all for (hence I ended up listing some of them on the website).

Geordie Mugs became Wotmalike – the work of Bykerlass Jo Burrows, whose products are now found all over the world and count for a lot of our range.

The cards and mugs were delivered personally to my house – and this in many ways inspired North East Gifts.

But without any products to sell – or money to buy them – the site lay unused for over a year.

Fast forward to February 2013 and an off-the-cuff comment from my recently-retired stepdad Bill, who was looking for a project that would occupy some of his retirement time and hopefully allow him to top-up his pension. He asked if I needed anything in my design business that he could invest in. I didn’t, and didn’t want to accept the offer for the sake of it so I gratefully declined.

Then, North East Gifts popped into my head – so I set myself a challenge… that if the website Steve and I had created in 2011 was gathering any SEO value, then I’d consider giving it a go. I Googled north east gifts and the “coming soon” site was top result.

So Bill became our 3rd director, we incorporated the company and started selling in the May of 2013. Our first order, a tea towel, came from a lady called Emma from Whitley Bay – an accolade she probably doesn’t know she owns.

We launched with around 150 products that consisted of items from Jo, Simon and some pre-owned stuff.

Now, we have a database of 1,191 products, with the latest – Newcastle Old And New book added minutes before I started writing this blog. We have thousands of customers around the world and regularly receive glowing feedback that makes us want to keep doing what we’re doing!

As our busiest-December-ever shows no signs of slowing down just yet, we look forward to 2017 – more products, more exciting developments and hopefully lots more happy customers.

Pictured at the top of this post: an early concept from December 2011.