Our next post run will be on MONDAY 4TH JULY. Dismiss 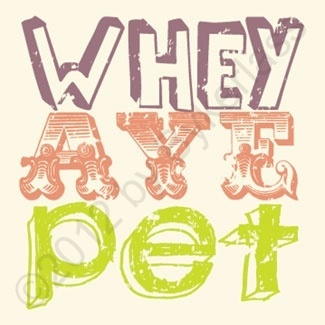 Cards for Geordies at North East Gifts are amongst our biggest selling products. Everywhere we go, people tell us how much they love the Geordie Cards range and that they’ve seen them in so many shops around the region. So why are our cards for geordies so popular?

As a ‘punter’, I’ve always found it frustrating that you can’t go into most large North East card shops and find a card that says it how it is – in a Geordie accent (or Mackem or Northumbrian or wherever you’re from). Cards for maternal birthdays and Mother’s Day are always mum and mummy, never mam or mammy. And it can’t just be the North East that has this problem, we use MAM all over the UK – everywhere north of the Midlands really (and Ireland).

Why does it work so well? Probably because the North East is one of the proudest regions in the country – we know where we are in the world. The further south you get the less ‘regional’ the sense of pride – it almost becomes about what county you’re from or what city or town you’re from. There’s less of a clear picture as to what is considered South, South East, East, South West, West etc etc. The term “The North East” has almost come to make our region its own little country.

Then there’s the accent itself – often touted as the most popular and accessible regional accent in the UK. And of course the dialect – we use so many words that we’ve made up over the years. My partner (who is from the south) tells me that all the time.

A lot of our Geordie Cards go to customers who have moved away, so there’s also a nostalgic aspect to why they’re so popular.

Whatever it is, we love our cards for Geordies – and long may their popularity continue!

One thought on “Cards for Geordies”