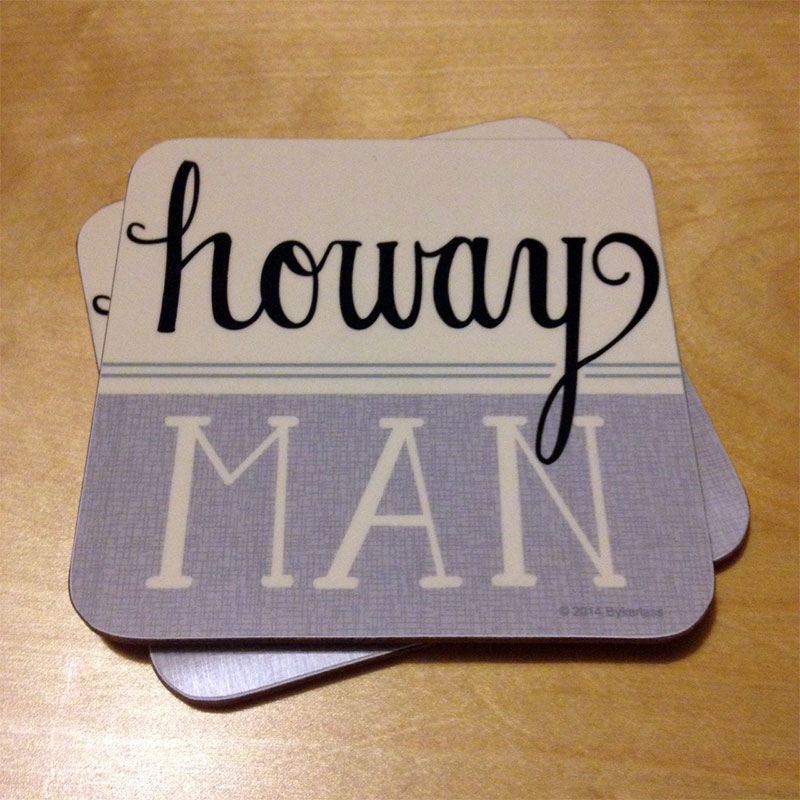 There’s been some canny posts on social media recently around North East dialect and some of the region’s most interesting and favourite words.

National Geordie Day on Facebook have been posting some of their ‘words of the day’ with gems such as ‘plodge’ and ‘claggy’ whilst a Buzzfeed post from earlier on in the year started trending again, asking what phrases like “It’s stotting down, it’ll be clarty the morra” mean.

The Chronicle website also posted an article a few weeks back entitled “The top 56 things that you’ll only hear someone from Newcastle say”.

Although there is always some debate as to the spellings, meanings and origins of some words and phrases renowned for being ‘Geordie’, we love them anyway, so here’s some of our faves…

NORTH EAST DIALECT A to Z (part one).

Mostly taken from Sid Waddell’s “Taak Of The Toon” book (see below).

AALREET (all right, OK)
Still very much in common use across the region, being straightforward North East dialectal spellings and pronunciations of ‘all’ and ‘right’.

BAIRN (baby, child)
Another word in widespread use with probable origins in Old English and Norse words like ‘barn’ and ‘bern’ meaning ‘child’ or ‘offspring’.

CLAGGY (sticky)
Usage: “The bairn’s been eating kets and is aal claggy”.

FETTLE (state or mood)
Another word of Old English or Norse origin that usually means someone is in a bad mood. Usage: “Eeeh, yarrin a reet fettle” meaning “You’re in a right mood”. Possible origins in Cumbria.

GOWK (apple core)
One of those strange words that has existed quite happily (for whatever reason) as a matter-of-fact word in the North East for an apple core. The word exists in other dialects meaning other things such as ‘foolish person’ or ‘cuckoo’.

HACKY (dirty)
Possibly derived from ‘hack’ which was a tool used to rake dung.

HADAWAY (get away / go away / hold away)
Said to be a Mackem/Geordie pronunciation of ‘hold away’, hadaway is colloquially used as an exclamation of disbelief. Usage: “Hadaway, ya never 50!” meaning “Get away, you are not 50 years old”. Also used colloqually in the term “hadaway and sh*te” which is the most extreme exclamation of disbelief. Not to be confused with the 90s German pop star!

KET (sweets, food, meat)
This one causes some debate. Probably the most modern usage (for anyone around their 20s to 40s) is as ‘sweets’. However, the word is likely to derive from a Norse word ‘kjot’ meaning ‘meat’ or ‘flesh’, later applied to sweetmeats. Ket can be used in the singular or plural (ie “giz a ket” or the plural “giz some ket”) however “kets” is also an accepted plural form.

LONNEN (lane or street)
Still used in streetnames in various regional towns such as Two Ball Lonnen in Fenham.

NETTY (Toilet)
Perhaps from the old English word ‘nid’ meaning necessity. Whenever we do markets, people love our “THE NETTY” wooden sign, but some of the younger generation think it means the internet! Bairns eh!?