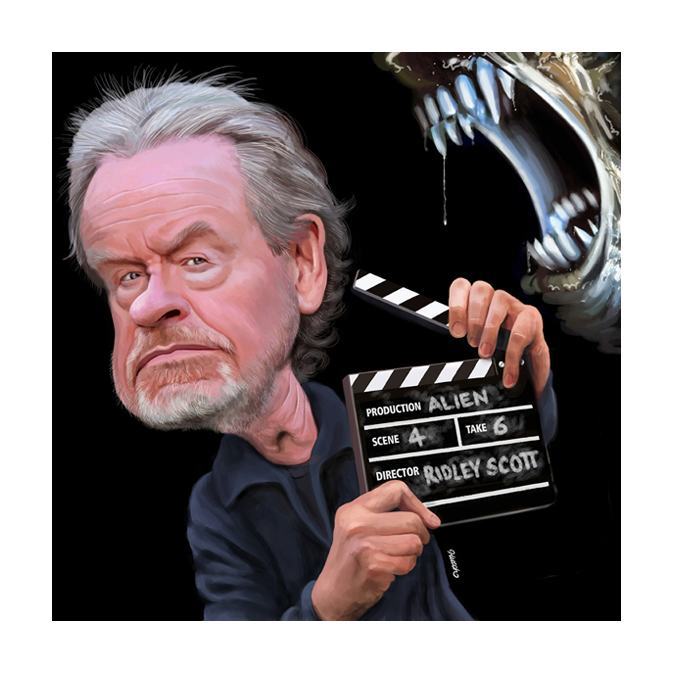 All of the products you see on North East Gifts have been hand-picked by our team. We first met artist and illustrator Paul Hutchinson back in the Spring when we were preparing to go live.

When Paul agreed to put his brilliant caricatures on our website, we first had to filter out the non-North East celebrities from his repertoire, then see if any were “past their sell by date” in relation to whether potential customers would even know who they were.

This was my role and some were easy decisions – Ant & Dec, Bobby Robson, Brian Johnson (AC/DC), Jimmy Nail, Jonny Wilkinson, Paul Gascoigne, Robson Green and Sting are all well-known North East characters. I decided to involve the younger members of the family for the rest.

Leaving in the music and film ones of  Pet Shop Boys, and Ridley Scott left us with the broadcaster and newscaster from quite a while back – Mike Neville.

Myself and most of the family thought perhaps he should go, however, one of my stepsons wanted him in and here’s why…

He lives in St Albans and works as an architect in Central London. As we know, North Easterners are everywhere and he and his colleagues from the north created a North East Club which meets once a month in a pub (it was never going to be a coffee house).

They thought long and hard about how they could prevent non-northerners sneaking in, “what do you know about the Bigg Market, Alan Shearer, Durham Cathedral” etc were  far too easy as questions. Someone then thought that unless you lived in the North East and watched the Tyne Tees News over the years you would not know the local presenters. Mike Neville became the question asked “Who is Mike Neville?”. If you know that, you’re probably a northerner!

Then, one day they had a request from a new female colleague to join the club. She was told when and where to go and, on the night, in the pub was asked “the question”…

Her reply was “Oh you mean my Uncle?”. Needless to say she is now in the club. Mike Neville was over the moon when his niece told him the story and gave her a signed photo to give to them with the promise to visit when he could.

How could I then leave him out.

Here he is along with some of Paul’s other work.